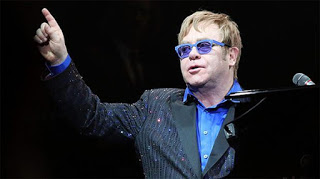 The concert that was to be held at the Hippodrome of Palermo by two iconic figures of the world pop, the British Elton John and the American James Taylor, was suspended this Saturday due to the bad climatic conditions in Buenos Aires.

The heavy rain that fell on the city from the sunset forced canceling the presentation.

The organizer of the event said that as of tomorrow “the procedure of refund of tickets” will be communicated.

The company explained the suspension of the outdoor show in the fact that “due to the amount of water dropped in the last hours and, to the forecast of new thunderstorms and strong winds.”

“We regret the fact that we have to cancel the event, but we want to prioritize the safety of everyone, including artists, staff of the organization and, above all, spectators,” argued about the suspension.

As the NATION learned, the event will not be rescheduled, because the musicians must travel to Chile to continue their tour. After being presented on Monday across the Cordillera, the South American tour that united them will come to an end and each one will continue on their way, with dates in the United States.