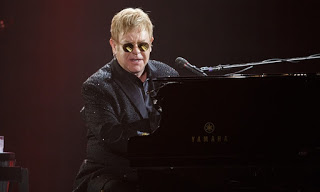 The singer called secondary ticket sites ‘disgraceful’, and told fans not to pay the inflated prices to see him sing, saying: ‘I’d rather have empty seats. I think it’s extortionate and I think it’s disgraceful.’

He added: ‘The fact they’re willing to pay that [amount] is fantastic. But I’d rather they’d save their money and not come.’
Tickets for his tour are being sold at five times their face value of £89 on some sites, even though there are spaces still available for some performances.

He’s the latest high profile voice to join a growing campaign against ticket resale.
Coldplay gave their backing to an open letter to the government calling for a review on the issue.
They claimed the ticketing industry was open to ‘industrial-scale abuse and insider exploitation’.

Their concerns are shared by Mumford and Sons who pointed out that professional touts use ‘sophisticated’ computer code to obtain mass tickets from official outlets, before selling them on ‘in bulk’.

‘We want fans of the band to be able to get into our shows for the right price,’ said the band.
They continued: ‘It’s our hope that secondary ticketing companies root this out to stop it happening on their sites, and that they shut it down.’

Adele’s management vetted people who pre-registered for her 2016 tour to root out potential touts. They estimate it kept 36,000 tickets off the secondary market, however touts are trying to flog tickets to her shows for upwards of £3000.