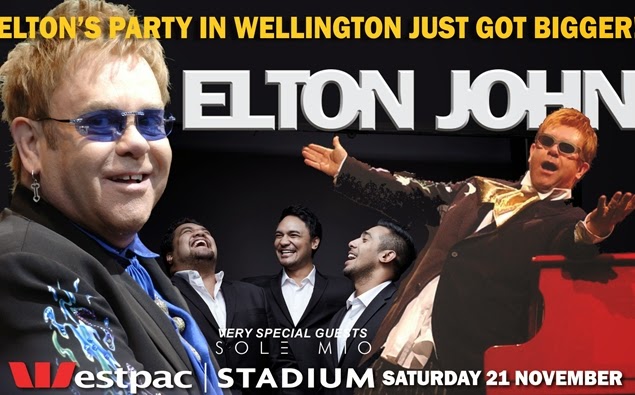 It’s now been announced that Kiwi Superstars Sole Mio will be joining him!

The November 21, 2015 concert will feature all his iconic hits throughout his incredible five-decade career, it will certainly be show not to be missed!

Elton is one of the top-selling solo artists of all time, with 35 gold and 25 platinum albums, 29 consecutive Top 40 hits, and he has sold more than 250 million records worldwide.
John has recently been named the first recipient of the BRITs Icon Award, which recognizes the very highest level of British music achievement, presented only to iconic artists whose writing, recording and performances set them apart as having made a lasting impact on the nation’s culture.