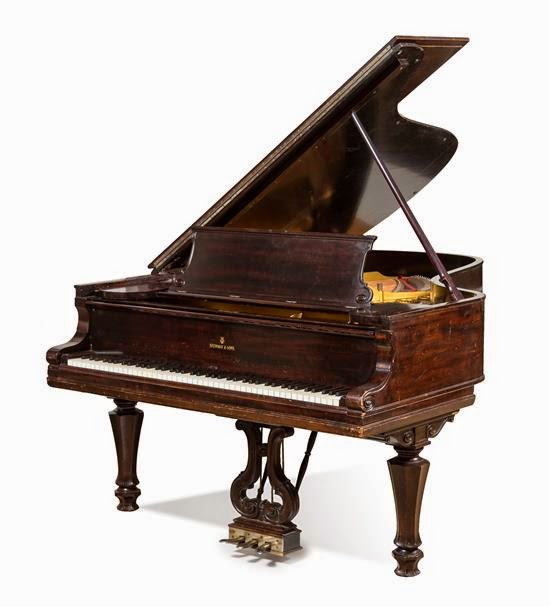 The 1910 Steinway & Sons grand piano used to record Elton John’s “Don’t Let the Sun Go Down on Me” is one of 400 pieces of music history memorabilia from the legendary Caribou Ranch that will be auctioned next month by Leslie Hindman Auctioneers in Denver.

Objects and instruments from the collection of music producer Jim Guercio will be on display from 10 a.m. to 5 p.m. Jan. 19-23 at the Denver Design Center East Building and from 10 a.m. until the auction begins at 3 p.m. Jan. 24.

This summer, Guercio and his family sold the 1,600-acre Caribou Ranch property near Nederland to Indian Peaks Holdings LLC for $32.5 million.

In its heyday, Caribou Ranch attracted a long list of stars to its studio, including Chicago, Michael Jackson, Earth Wind and Fire, and Stevie Wonder.