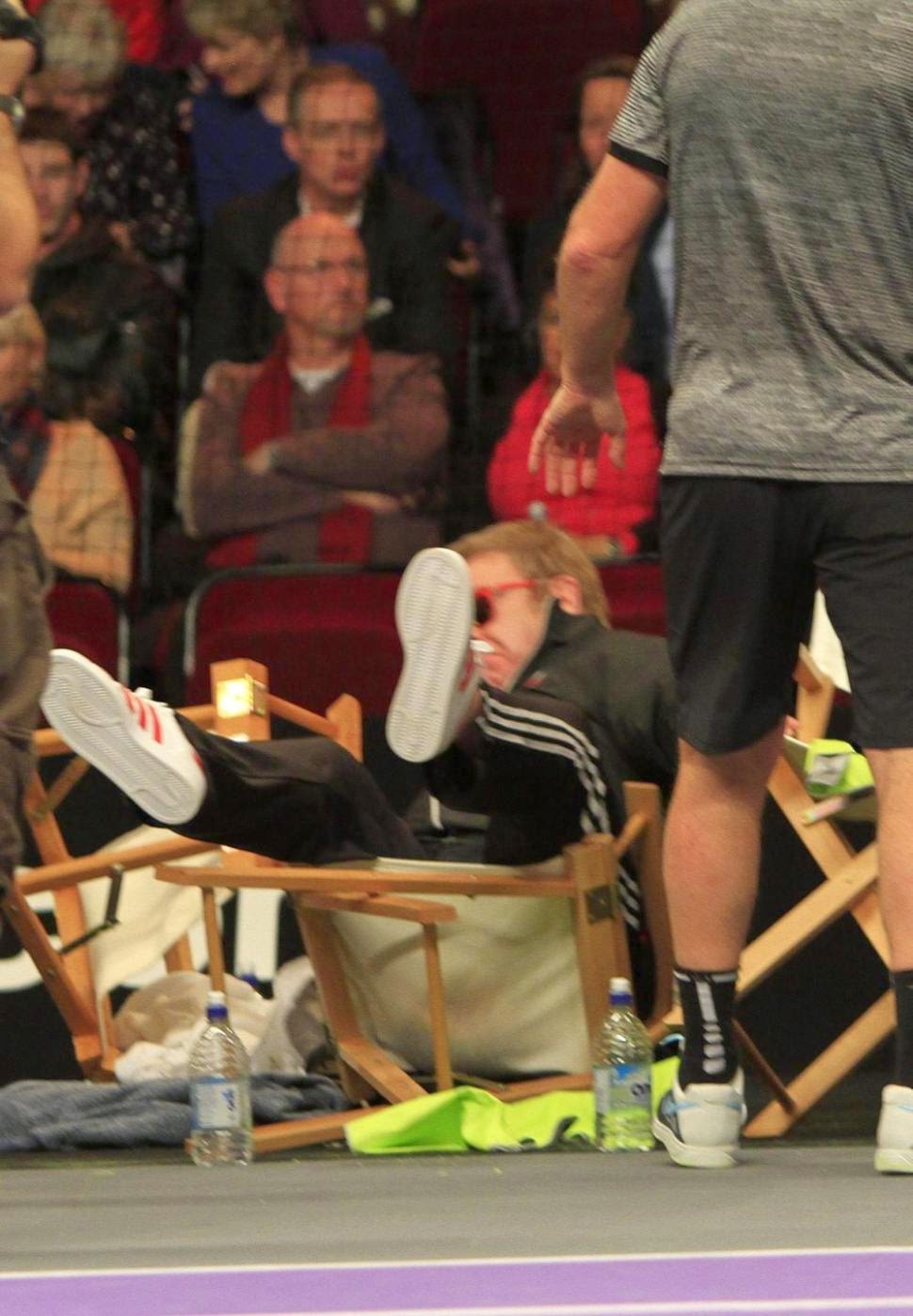 Sir Elton John took a tumble out of a chair at a charity tennis match in London on Sunday, drawing chuckles from both announcers and fans in the stands.

The singer was serving as an honorary captain at a Statoil Masters Tennis event at Royal Albert Hall when he went to settle into a sideline chair and took a Crocodile Flop, according to a video.

Luckily, the 67-year-old star didn’t appear injured and popped right up, with a hand from tennis legend John McEnroe.