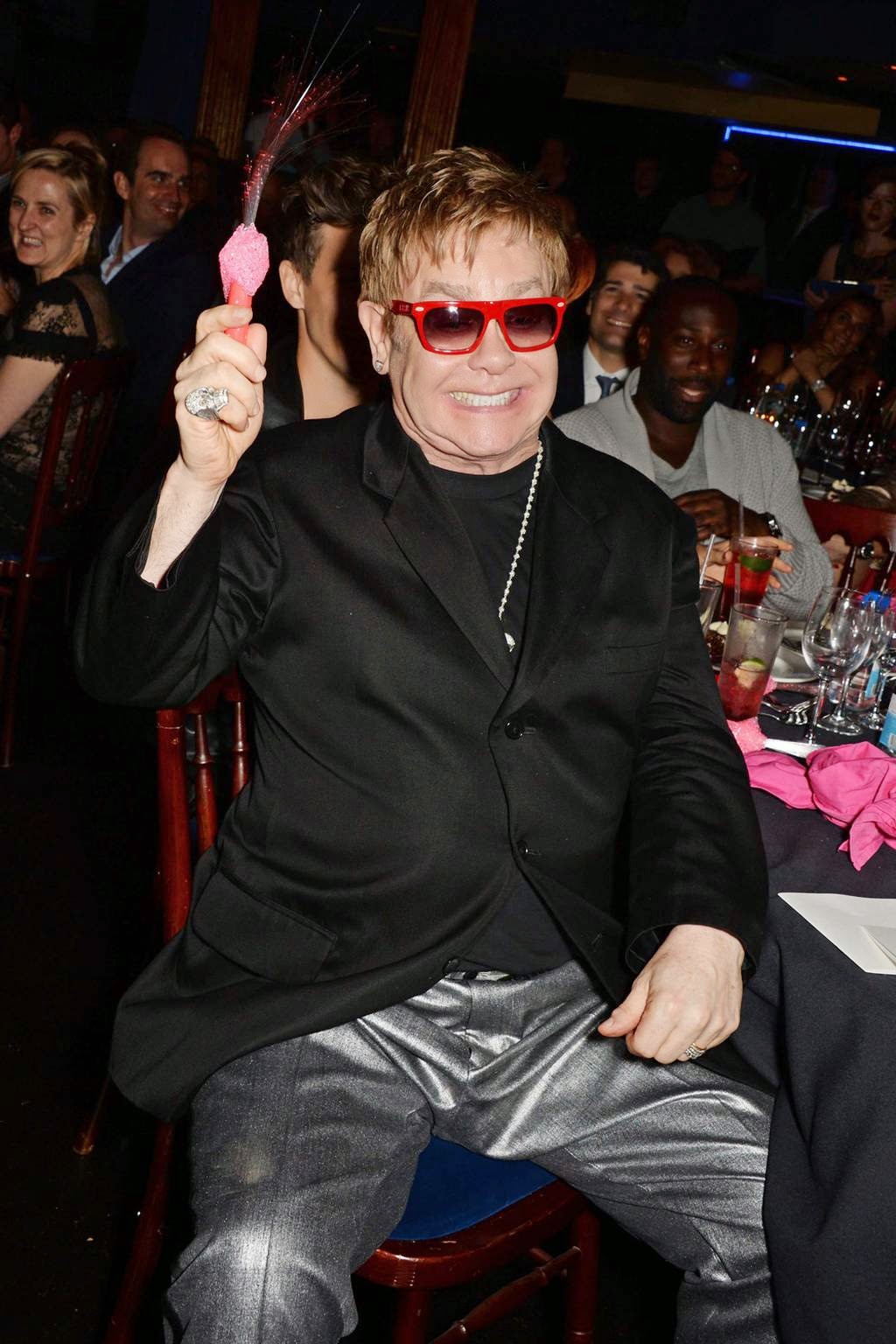 The Rocket Man star took to the stage at London hotspot Cafe de Paris to perform his hits at The Hoping Foundation’s Starry Starry Night benefit, which raises funds for young Palestinian children, who fled the region to escape the political unrest.

Brand provided some light-hearted entertainment with a short stand-up routine. The two stars, who have both supported the foundation in previous years, were watched by guests including former Oasis rocker Noel Gallagher.

Sir Elton John had the audience on their feet as he performed Tiny Dancer. He also sang a rendition of Unchained Melody accompanied by Jools Holland on piano after one reveller bid £80,000 to see the duet.