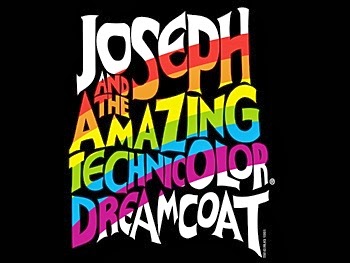 Joseph will wear his coat of many colors in a cartoon! Composer Andrew Lloyd Webber recently hinted that a movie adaptation of Joseph and the Amazing Technicolor Dreamcoat was in the works, and now Elton John’s Rocket Pictures (which previously produced Gnomeo & Juliet) has acquired the film rights and is set to make an all-new animated feature. No word yet on casting or release dates.

Joseph, the first hit collaboration of Lloyd Webber and Rice, tells the tale of the trials and triumphs of Joseph, Israel’s favorite son. The musical blends pop, country and rock into an uplifting technicolored story of biblical proportions containing much-loved numbers including “Any Dream Will Do,” “One More Angel in Heaven,” “Close Every Door” and “Go, Go, Go Joseph!”

“I have always thought Joseph was a strong contender for an animation production,” Rice said in a statement. “And I’m delighted this is now going to happen.” Lloyd Webber added that the show “is now being performed all over the world by a third generation of school kids, and a great movie can only help Joseph being part of the lives of many more.”

Lyricist Rice has won Oscars with both John (for The Lion King) and Lloyd Webber (for Evita). It remains to be seen if Rice and Lloyd Webber will reunite to write a new song for Joseph that could be an Oscar contender.