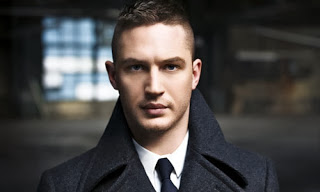 Tom Hardy is singing ”all the time” as he prepares to play Sir Elton John.

‘The Dark Knight Rises’ actor will portray the legendary musician in new musical biopic, ‘Rocketman’, and he admits he has been taking extensive singing lessons to get ready for the film’s numerous musical numbers.

Quizzed whether he’s had vocal training, he said: ”Oh, all the time. I’m always singing.”

The star also revealed production on the film is still in the early stages but Elton, who is co-producing the feature through his Rocket Films production company, has been in touch.

Hardy explained to BANG Showbiz: ”It’s all sort of under the radar at the moment, to be honest, but yes, I am [talking to Elton].”

‘Rocketman’, which is being directed by Michael Gracey, will tell the singer’s story from young child prodigy to musical icon.

Elton will re-record some of his classic songs for the film’s soundtrack, but it’s not yet known whether Hardy’s favourite song will make the cut.