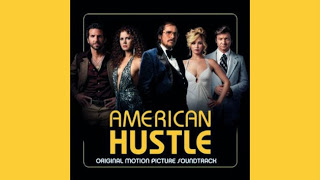 Classic 1970s tunes by Elton John, The Bee Gees, Paul McCartney & Wings and America are among the 15 songs featured on the soundtrack to the new film American Hustle, which stars Christian Bale, Amy Adams, Bradley Cooper and Jennifer Lawrence. The album was released digitally on Tuesday and will be available on CD starting December 24.

The American Hustle soundtrack includes such hits as John’s “Goodbye Yellow Brick Road,” The Bee Gees’ “How Can You Mend a Broken Heart,” Wings’ “Live and Let Die” and America’s “Horse with No Name.” The album also contains memorable songs by Donna Summer, Tom Jones and Harold Melvin & the Blue Notes, as well as two tunes from Electric Light Orchestra and a previously unreleased track by ELO frontman Jeff Lynne.

American Hustle is the latest film by Academy Award-nominated director David O. Russell. Set in the late 1970s and early ’80s, the flick is a fictional story inspired by the ABSCAM scandal. The movie will get its premiere in Los Angeles this Friday and will open in theaters across the U.S. on December 20.