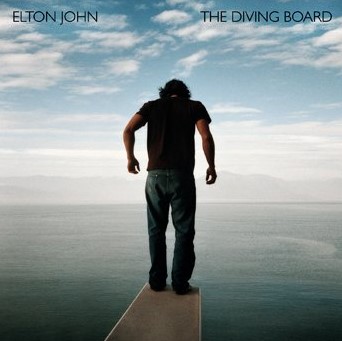 Elton Johns The Diving Board, is his first studio album in seven years Produced by T Bone Burnett, the album features 12 new songs written by Elton and his longtime lyricist Bernie Taupin, as well as three piano interludes composed by the artist.

The Diving Board returns Elton John to the piano, bass and drums lineup that marked the artists introduction to worldwide audiences more than 40 years ago. As Elton explains, In many ways, I feel like I m starting again, making records. Several years ago when beginning to work with T Bone and being in the studio with Leon Russell for The Union, I had to ask myself, What kind of music do I really want to make? , and I realized that I had to go back to go forward again. I needed to strip away the excesses and get back to the core of what I do as an artist. That s what The Diving Board represents. The Diving Board is the album Ive been waiting to make for decades. According to producer T Bone Burnett, The Diving Board is an album of music by a master at the peak of his artistic powers.