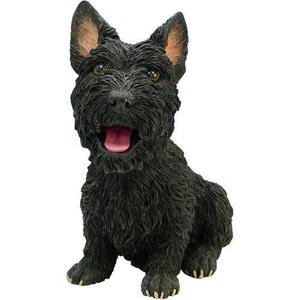 SIR ELTON JOHN collects nodding dogs and even takes the figures to his dressing room at shows, according to singing pal ED SHEERAN.

The two singers teamed up for a collaboration at last month’s (Feb13) Grammy Awards, and Sheeran has revealed the Rocket Man hitmaker’s bizarre backstage requirements.

The Sun quotes Sheeran as saying, “There are loads of nodding figures, that’s his thing. He has a room full of them. He takes nodding dog figures with him for his dressing room. But if you had that status and you wanted it, you would.

“I’ve got to a status where I can ask for stuff and I requested (drink) Robinson’s Fruit & Barley. I ask for it in America and it’s difficult to get.”