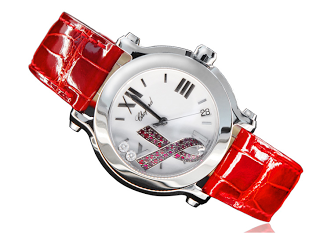 Guests also had the opportunity to participate in the traditional auction, as well as purchase products which included a Chopard Elton John timepiece with a ruby-set decorated dial, designed in the shape of a charity ribbon, proceeds from which will go to the singer’s AIDS charity.