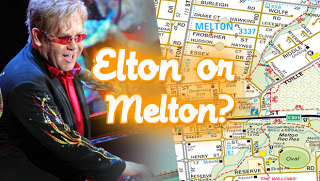 Please find below a list of current competitions for Elton John’s 2011 Australian Tour:

Win front row tickets to Elton John’s final show in Melbourne on Tuesday 6 December plus return economy flights from your nearest capital city to Melbourne and accommodation all included. The Minor Prizes will be a double pass to the folling Elton John shows!

To ENTER tell us in 25 words or less what’s your favourite Elton John song and why?


Elton John is coming to Melbourne, and all next week we’re giving away tickets!

Guess who Elton John is having a SPAT with and win tickets to see him live at Rod Laver Arena …get it wrong and it’s a night out in Melton! One winner will even be upgraded to front row seats!

LISTEN TO GOLD104.3 IN MELBOURNE


Win a double pass to see Elton John and His Band when they tour Australia!

It’s finally confirmed! Elton John, one of the greatest showmen of all time, returns to tour Australia this November and December.

Elton’s fans have followed him from a shy singer/songwriter in the 60’s, to an extroverted showman, to the absolute master of the live in-concert performance.

You’ll never forget the experience of being in the audience when one of the world’s greatest pop musicians takes the stage in spectacular form.

For your chance to win a double pass to see Elton John and His Band, simply sign up to Visa Entertainment and tell us in 25 words or less what your favourite Elton John song is and why!