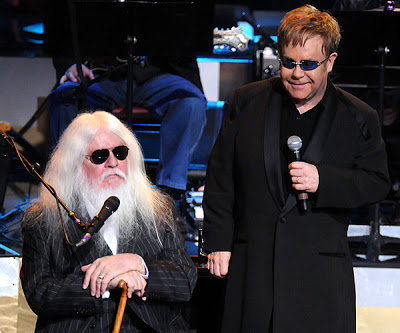 HBO Documentary Films has acquired the rights to the film “The Union,” which follows the musical collaboration and friendship between Elton John and his longtime idol, Tulsa’s own rock legend Leon Russell.

According to various entertainment trade magazines and websites, such as Variety and Deadline, HBO plans to debut the documentary in January 2012. The film premiered at the 2011 Tribeca Film Festival.

Directed by Cameron Crowe, the Oscar-winning writer and director of “Almost Famous,” the film documents the musicians as they record their joint album, “The Union,” which was released in 2010 and produced by T Bone Burnett.

In March, John gave an emotional tribute to the Tulsa Sound icon before Russell was inducted into the Rock and Roll Hall of Fame.

“Listen, he was my idol. To meet him, I was shaking,” John said during the ceremony. “He sang, he wrote, and he played just how I wanted to do it.”