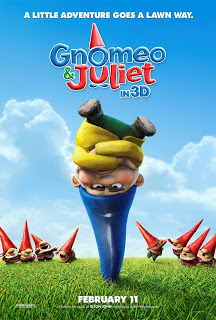 Pre-order Elton’s new soundtrack for Gnomeo & Juliet now by clicking the link on the left now.

Truly an album the whole family will enjoy while reliving the whimsical joy of Gnomeo & Juliet and enjoying the upbeat Elton John tracks carefully selected for this soundtrack.