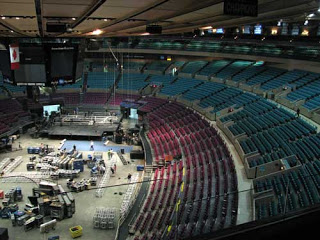 Due to overwhelming demand, Elton and the band have added a second concert at Madison Square Garden on Sunday, March 20, 2011 at 8PM, in addition to the Wednesday March 16 concert already announced.
Public sale for Sunday, March 20 will begin on Friday, December 17 at 11AM.

Elton and the band will be performing the “Greatest Hits Live” concert, featuring number one chart hits and classic album tracks from throughout Elton’s incredible five-decade career. Elton has often referred to Madison Square Garden as his ‘favourite venue.’ His last concert there was in 2007, when he celebrated his 60th birthday playing his 60th concert at the legendary venue.