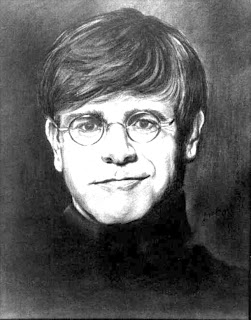 Sir Elton John is among 21 people who are to receive Solidarity’s Medal of Gratitude at a ceremony at the Polish Embassy in London on 6 December.

A citation speaks of Elton John’s support for Solidarity declared during his visit to Poland in 1984, at a time when, shortly after the lifting of martial law, many people lost hope in an ultimate victory of the movement’s ideas of freedom.

The singer-songwriter has not confirmed so far if he will collect the distinction personally.

The other recipients of the Medal of Gratitude include journalists Neal Asherson (the author of The Struggles for Poland) and Timothy Garton Ash (the author of Solidarity – The Polish Revolution), Baroness Caroline Cox, one of the champions of the Polish cause in the UK House of Lords, as well as activists of the Polish Solidarity Campaign in Great Britain, which organized wide-ranging assistance for the Solidarity movement in Poland, including printing equipment.

Playwright Samuel Beckett receives the Medal posthumously. The author of Waiting for Godot signed a protest against the introduction of martial law in Poland and in 1982-1990 transferred all the fees for the publication and staging of his books and plays in Poland to Solidarity.

The Medal of Gratitude was founded to mark the 30th anniversary of Solidarity to honour foreigners who had supported the Polish people in their struggle for freedom and democracy.

This year the Medal has been given to 326 people from Australia, Austria, Belgium, France, Holland, Germany, Norway, Portugal, Sweden, Switzerland, the United States, Great Britain and Italy.