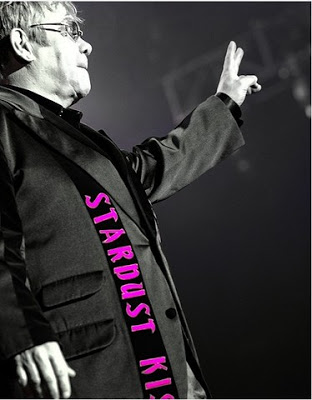 Elton John is coming back to Tucson.

John and his band will perform their “Rocket Man: The Greatest Hits Live” show, featuring crowd favorites such as “Your Song,” “Daniel,” and “Bennie and the Jets.”

It will be John’s fifth visit to Tucson and his first since 2000, when he serenaded an adoring Tucson Convention Center crowd sans outrageous costumes. For that show, it was just John and his piano. Tickets for that show sold out in 3 1/2 hours.

Tickets will be sold through ticketmaster.com, at all Ticketmaster outlets, by phone at 1-800-745-3000, or at the Tucson Convention Center ticket office, 260 S. Church Ave. A service charge is added to each ticket except at the TCC box office.
There is a six-ticket limit per customer.

Tommy Obermaier, director of the Tucson Convention Center, said the venue would likely hold a ticket lottery to discourage scalpers.