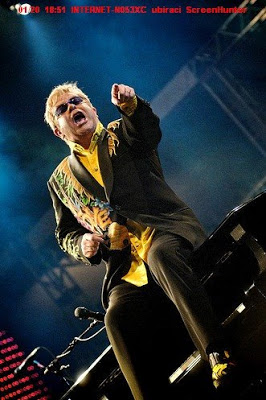 The score is love in tennis these days: Now Andy Roddick is married — a week after Roger Federer tied the knot.

Roddick, the 2003 U.S. Open champion, and Sports Illustrated swimsuit model Brooklyn Decker became husband and wife at his Austin, Texas, home, a guest at the wedding told The Associated Press on Saturday.

Elton John sang for the bride and groom at a reception held at a country club after the ceremony Friday night, the guest said, speaking on condition of anonymity because it was a private function not open to the media.